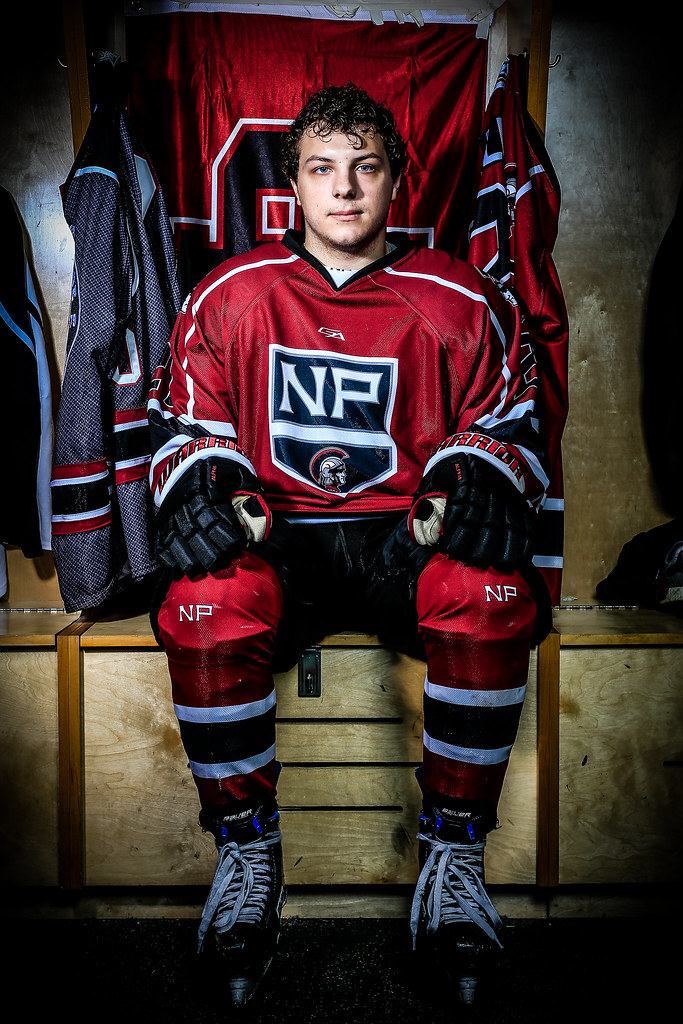 One on one interview with a prospect that has achieved his goals, lived life to the fullest and is playing the game that he loves - Ethan Marek @MarekEthan (I) ...
INTERVIEW

Ever since I graduated high school, I've tasted the urge of competition to play hockey again. While I attended an accelerated school to earn my Creative Writing Bachelor's degree, chasing my dream to write books and movies (which I published 3 fictional hockey books in a trilogy), I still wished someone would have told me how hockey worked after high school. When the pandemic hit, I flew back home and finished school online, but on the other side of the boards, I had another dream. A mission.

I needed a job, and the only one that suited me was an opportunity I knew about a half-hour away from my home, closer to the cities. The place was a hockey facility meant for improving kids' skills year round on a small sheet of ice and dry-land area. I trained there three times in the summer between my sophomore and junior year, working on my shot and puck handling. But now, I worked there, for a full year (2020-present 2021). I coached a part-time job, working forty hours a week, if you called it work that was. I never felt like I had to put a uniform on, but I did place my coaching hat upon my head. Connecting with younger kids was something I craved. They were always a blessing in my life, especially through the chaos I had to go through to get here today.

TALK ABOUT THE CHALLENGES OF THIS SEASON?

Oh, and let us not forget how a mysterious injury had to pop up at just the right time in my early training. My snap shot affected my wrist as the month of December blew in. My hand was so weak after a five-hour shift of work. It stopped working. I literally couldn't shoot or stickhandle or pass anymore. Too much pain, and my wrist was super stiff. It was determined to be a bone contusion on my lunate bone, but the doctors didn't really know how it could happen while my lunate bone wasn't a concern in length. It was supposedly overuse, which I still don't believe since I had use the wrist a ton more in high school at that time. And the injury still hasn't fully healed itself, and it may never heal itself. But it was doable after two months in a splint, weeks of hand therapy, two X-Rays, an experience in a 45-minute MRI machine, and two months in a cast. I kept wearing a wrist splint for training though. I still wear it today.

TALK ABOUT YOUR EXPERIENCE AS A COACH

While I coached, my coworkers taught me a lot about Juniors, something my high school coaches never talked to me about. But I did blame myself from time to time; I never asked. I was a lucky one for sure with age eligibility. April birthday, I could compete for a Junior hockey team for one full season, then I'd be done. And since I didn't play hockey for two years, I knew I had to work hard to achieve my goal. My motivation though, that doesn't worry me. It was more so the fact, was I taking the right course to reach my goal? Slowly but surely, the mush cascaded away, and the path presented itself.

TALK ABOUT THE OPPORTUNITIES DURING THE PERIOD

THE CCM SHOWCASE in Denver, Colorado. After doing months of research, I found an opportunity that could bring me back into the game. This was what I trained for. I'd play in front of hundreds of scouts, coaches, and players, showing my skills and strengths on the ice. I wrote a six-month blog about my training journey (down below) for the one's who wanted to read what I did on a daily basis. I trained in the weight room, dry-land area at work, and on the sheet of ice with my coaches. Sometimes, I'd have the ice alone to myself to skate, but I enjoyed my coaches being there for a set of eyes, gaining their mastery advice.

WHAT ASSETS HAVE YOU ENHANCED?

I played great at the Showcase. Colorado was for sure a fever dream, doesn't feel like it happened, but it did. It was magical. The road trip for sure made it fun. Instead of blogging it, I did a classic travel vlog for it. I believed that ten-mile hike I did in the Rocky Mountains prepped me well for conditioning before the four games I played in. I met some awesome players around the country. We were Team Black, won three out of four of our games.

The aftermath of it all was a success. I got scouted by over ten teams, and then there were a few hockey tryouts and camps sending me invites, but this Showcase was the tryout, so I passed on those expensive opportunities. And as ironic as it was, I didn't sign up for any of the teams that watched me live. One of my older brother's teammates who played Juniors in the past connected me with his old coach. The team sounded marvelous, and it was close to home. That was when I signed for my one year of hard determination. My one year of Juniors.

TELL ME A BIT MORE ABOUT YOUR GAME?

I can't wait to play for the Great Falls Americans in Montana for the 2021-2022 season. I'm a net crashing forward. To win a game, you need to understand the goal. Literally, you need goals. I'm a forward with great size, I understand how to use my strength effectively on both offense and defense, and my greatest perk is my snap shot. Goalies have always told me how they hate my snap shot; it's always hard, fast, and scares the heck out of them. One player that I was connected to based on playing style is Ovechkin; he's great with speed and crossovers, but his stickhandling skills are rough. I'm the same way, never been a fan of stickhandling, but I love to learn puck control and using my body to shove that puck into the net.

THOUGHTS ON THE SCOUTING NEWS